Saved Searches Advanced Search
LIMITED LIBRARY OPENING: The Library is opening two locations for Front Door Service: Excelsior Branch (opens Aug. 11) and the Main Library (opens Aug. 10). During our phased re-opening, patrons can only reserve items owned by those two locations. We will be opening more locations in September 2020 and will expand the number of branches that will be accepting reserves at the same time. 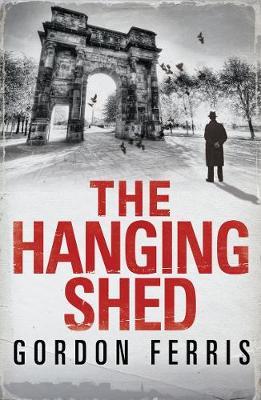 "I truly hadn't expected evil to be a commonplace. That I'd find it here in the soft hills and sandy shores of my own country." So starts the best-selling Scottish historical crime novel set in the slums of 1940s postwar Glasgow and the green rolling hills of the west of Scotland. The first in the Douglas Brodie, policeman turned soldier now reporter, series pulls you on a heart-stopping journey as he tries to save a friend and ex fellow soldier from hanging.

Excellent read. A gripping, gritty thriller with well rounded characters. Also, this book strips away any romanticised image the reader may have of Glasgow in the mid 20th century.

Douglas Brodie, a former officer in the British 51st Highland Division, is contacted by an old school friend, Hugh Donovan, to save him from the gallows. Donovan has been convicted for the rape and murder of a young boy. Donovan claims he is innocent but the mountain of evidence against him makes his claim questionable. Brodie only has 14 days to clear his friend before he is hung for the crime.
A fast-paced plot, a bunch of tough IRA gangsters and a pretty blond Scottish advocate makes for a thrilling read. Fans of Ian Rankin won’t be disappointed in this action packed tale.