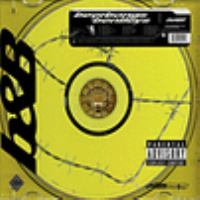 Post Malone's second album was released in 2018 and is an hour long. All things considering this album was a large step up compared to his debut album “Stoney” which was released in 2016 and had nothing very memorable apart from White Iverson and I Fall Apart. Posts latest creation is better due to the new direction post has decided to take with his music. His older music often featured very dull or sad beats with slow vocals. However, Beerbongs and Bentleys showcases a much more aggressive and upbeat production while covered by a new post malone. The biggest song on this album (Rockstar feat. 21 Savage) is the best example of this new approach. The song instantly blew up creating a load of advertising and hype for the album. And the album doesn't disappoint, its filled for summer songs and loads of fantastic features such as swae lee over spoil my night. 4/5 this album is something worth listening to. @M31 of the Teen Review Board at the Hamilton Public Library

This album is one of my favourite albums I have ever listened to. Post Malone did a very good job with this album in all ways, the lyrics, the beats and the featured artists are all insanely well put together in each song. There is a song for whatever mood you’re in, like if you’re sad I recommend listening to “Stay”, while if you’re happy, I recommend listening to “Sugar Wraith” or “rockstar”. Post Malone is a very talented artist in so many ways and this album is a great example of it. I highly recommend for you to listen to this album if you are into R&B music. I rate “beerbongs & bentleys” 4.5/5 stars. @Kyky18 of the Teen Review Board at the Hamilton Public Library
This is a new music album by Post Malone which was released in 2018. The album features 18 tracks, many of which became popular right away and entered the top ten list. The songs also varied and there was a healthy mixture between R&B and Hip Hop, which is why I personally enjoyed the majority of the songs. Moreover, the appearances by some other artists in the album, including Swae Lee, 21 Savage, Nicki Minaj, Ty Dolla Sign, G-Eazy, and YG added to the music and complemented Post Malone’s voice well. All in all, I would recommend the album to anyone interested in R&B and Hip Hop, and I would give it a rating of 4 stars.
@Riveting_Reviews of the Teen Review Board at the Hamilton Public Library

Beerbongs & Bentleys is a studio recorded album released by Post Malone on April 27th 2018. The album blew up, breaking US streaming records in its first week and having 6 tracks in the top ten of the hip-hop charts. The album has differing messages as Post Malone touches on personal experiences, problems, and fantasies. The album contains 18 tracks, and has a variety of genres from R&B to hip-hop. Personally, I loved the album, I believe Post Malone did a brilliant job lyrically, and vocally. The variety in style makes the album appealing for a large audience. All in all, I give this album a 5/5 and recommend giving it a listen, some notable songs,are: Rich & Sad, Better now, Stay, and Blame it on me.
@shafyy of the Teen Review Board at the Hamilton Public Library

Beerbongs and Bentleys is Post Malone’s sophomore album where he takes you through his various emotions he goes through in his life as seen in his songs ‘’Better Now’’ and ‘’Rockstar’’. The wide variety of songs on this album proves his versatility as an artist as it blends rap and pop in this album. Most of the songs off this album have been on my playlist since it came out due the variety of different songs on this album and just the replay factor of some of the songs. My favourite songs on this album are ‘’Better now’;, ‘’Candy Paint’’ and ‘’Rockstar’’. Overall, I would give this album a 4/5 and would definitely recommend it to other people who enjoy hip hop.
@Ryzen of the Teen Review Board at the Hamilton Public Library

Sunjung_0 thinks this title is suitable for 11 years and over

black_panda_1071 thinks this title is suitable for 16 years and over

There are no quotes for this title yet.